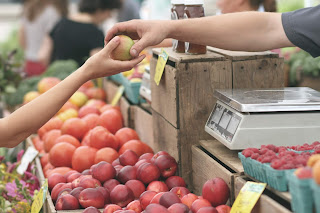 When I think of food, I think of full bellies and clean plates. I think of empty pots with sticky ladles, and big belly burps. I think of laughter. I think of love. But I haven’t always thought of food in this way. I was a hungry bairn you see, not starving by any means, but never quite satisfied. My wee Ma’ did her best though, and with a lack of money and a cooking education that barely stretched further than tin opener - you could count her recipes on one hand. But she did make a mean cheese and potato pie, and on a good week, she was a dab hand at a savoury flan - although my wee Ma’s definition of savoury is another story.


Being a hungry bairn meant that wherever I went, food was always on my mind. So, it’s no wonder that when I think of it now, my thoughts take me back to my hometown of Bonnyrigg. It’s the late 1970’s, we are off school for the summer, and it's market day. The sun is unusually yellow, the pavements are packed, and my jelly bean sandals are stuck to the tar that’s melting like treacle beneath my feet. And I Am Ravenous. The air is thick and warm with a mishmash of flavours; sweet and salty, sticky and burnt, the kind of smells that clings to your soft pallet. I imagine it’s like dusting your tongue with icing sugar then dipping it into beef dripping. But for a hungry bairn, that wasn’t quite starving, but never quite full, market day was like a disco on my taste buds.


‘You could spread a piece wae yon smell,’ I can imagine my wee Ma’ saying, ‘thick as the potted meat you get o’er the counter in Campbell’s.’


Reaching the high street was always a thrill for me, the thrum of the sidewalks, the rhythm of the market trader’s, ‘Twenty-four eggs for-a-pound. Get your eggs here.’ And it was hard to miss the beatboxing butcher with his ‘Back bacon, shoulder bacon, any bacon here.’ My feet would skip, passing the gathering crowd, who were anxious to ‘pick two packs for-a-pound,’ and with my nose to the sky, I’d suck the smells of the market, deep into my belly. That was nourishment!  Whenever my wee Ma’ stopped to talk, I would look up and see arms in the air, waving and reaching, bidding for shoulders, legs, thighs. In a decade when ‘what was on the dinner table that night’ was of such high importance, it was no wonder that the butchers had to auction their meat.


But the market wasn’t just a place to buy and sell, it was a meeting place for grownups, filled with chittering and chattering. It was the weekly news update in a pre-Facebook era; the who married who, and the who got who pregnant; and the biggest scandal on everybody’s lips, was the waiting times at the doctor’s surgery. I loved seeing my wee Ma’, surrounded by friends, super animated and smiling; this, I guess, was how she nourished her mind.


My Nana has a jewellery stall right in the back corner of the market – she used to make her own costume jewellery, and because I didn’t see her very often, I’d get a free bracelet or a beaded necklace. On a good day though, I’d get shiny fifty pence pressed firmly into the palm of my hand.


“Buy yourself a wee sweetie hen, but dinnae be greedy. Share them with your brother and sister.”


I would nod and trot off with my riches, the unlikelihood of sibling generosity dwindling, the louder my belly growled.


There were several sweetie stalls at the market, but I preferred Cathy’s sweetie shop on the high street. Cathy was the oldest looking person I had ever seen. She had short purple curly hair and a face as soft as pudding. She would sit on a wooden chair behind the counter and read the local newspaper over the top of her half-moon glasses. I remember leaving my wee Ma’ outside the shop while, like a big girl, I went in on my own. The doorbell chimed as I entered, and Cathy stood up straight. She coughed, smoothed down her gingham pinny and smiled. The sweetie shop smelled glorious like even the air was tinged with sugar. It’s neither wonder the customers often left with a smile and a bounce in their step.


“What’ll it be the day hen?” Cathy clicked her falsers together while she waited for an answer. My eyes trailed over the wall of plastic tubs, filled with multi-coloured shapes resting on a thick sugary layer. There were cola cubes, sour plooms, sweet peanuts, jazzies, pear drops, lucky tatties, Chelsea whoppers, pineapple cubes, bubblies, and sherbet.


“Sour Plooms please.” I pointed to the tub filled with dark green balls.


“I’ve got fifty pence,” I held out my hand, “is that enough for Chelsea whoppers tae?”


On the corner of the counter was a huge silver weighing scale. Cathy poured my sweeties into the dish, added an extra two, then popped one in her mouth. She rolled it around then held it in her cheek. I could see it there, like a massive pluke ready to pop. She poured my sweeties into a brown paper poke and folded my whoppers into another. Then she took my fifty pence. I don’t think she thanked me for the stolen ploom, but I must have let her off for being nice.


“Did you buy something guid?” Ma was sitting on the wall waiting for me.


“Aye, plooms and whoppers.” I held out two paper pokes, one in each hand. “Dae ye want one?”


I stuffed my sweeties deep into my cardigan pockets ‘cause it was a sure thing I’d need them later on if it was soup day.


We walked up the coal road hand in hand. I turned, just once to sniff the air, but market day had been packed up, loaded into vans, and driven off to somewhere new. 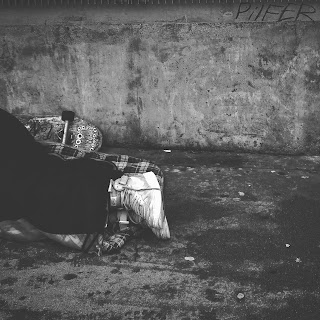 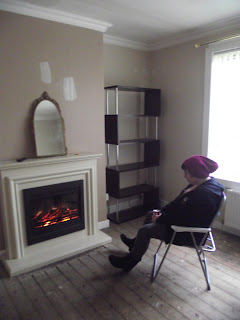 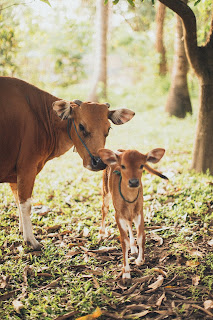